Florida is a town in Berkshire County, Massachusetts, United States. It is part of the Pittsfield, Massachusetts Metropolitan Statistical Area. It is home to the east portal of the Hoosac Tunnel, as well as Whitcomb Summit (elevation 2,172 ft or 662 m), the highest point of the Mohawk Trail. At the 2010 census the town had a total population of 752.

The area was originally settled as part of the Equivalent Lands (specifically, the "Berkshire Equivalent"). Most of what is now Florida was originally a grant to the town of Bernardston, Massachusetts made sometime before 1771. The first settler, Dr. Daniel Nelson, arrived around 1783. The town was incorporated in 1805 and named "Florida", perhaps because Spanish Florida was a topic of conversation at the time.[2][3]
The town was mostly agrarian, with maple syrup, wool, and potatoes its main products for many years. However, in the mid-nineteenth century, the town was a boom town for the workers involved in the construction of the Hoosac Tunnel, a rail tunnel which begins on the town's eastern border and extends through the Hoosac Range to neighboring North Adams.
Nathaniel Hawthorne, in his American Notebooks, names the town as Lebrida, not Florida, and speaks of the Hoosac Range as "the Green Mountain" in the singular. It is possible that the name Lebrida was a corruption of Florida; or the other way around. While the reference to "the Green Mountain" evidently reflects local tradition of the time (1838), and may in fact be what gave the name Green Mountains to the entire range, as another mountain in Vermont also bears the name Green Mountain. Today the town is sparsely populated, with most residents working in neighboring towns.[3][4]

According to the United States Census Bureau, the town has a total area of 24.6 square miles (63.7 km2), of which 24.4 square miles (63.1 km2) is land and 0.23 square miles (0.6 km2), or 0.93%, is water.
Florida is bordered on the north by Stamford, Vermont, on the northeast by Monroe, on the east by Rowe, on the southeast by Charlemont, on the south by Savoy, on the southwest by Adams, and on the west by North Adams and Clarksburg. The town's population is mostly concentrated along the Mohawk Trail, which runs through the town, and its villages, Drury, Florida and Whitcomb Summit.

Florida is located near the highest points of the Hoosac Range, which runs through the western part of town. There are several rivers and brooks, most of which lead to the Deerfield River, which forms much of the eastern border and flows to the Connecticut River. The town includes parts of three state forests - Monroe State Forest in the northeast, Savoy Mountain State Forest in the south, and Mohawk Trail State Forest in the southeast. The highest elevation in the town is 2,830 feet (860 m) above sea level, on an unnamed hill northwest of Crum Hill in the neighboring town of Monroe.

The official town line marker as seen from Route 2Massachusetts Route 2, the Mohawk Trail, runs from the southeast of town northwest across the center of town, passing over Whitcomb Summit, the highest point along the trail. At Whitcomb Summit there is a monument to the Elks Club, whose members helped modernize the trails and worked on the Hoosac Tunnel. Whitcomb Summit is known for sensational views of the surrounding valleys. Just west of the town line is the West Summit, which has views of the Hoosac River valley and the Taconic Range further west. There are no other state routes through town, and the nearest interstate highway is Interstate 91 to the east. The 4.75-mile-long (7.64 km) Hoosac Tunnel carries the railway under the town, and as such has no stops in town. The nearest regional bus service can be found in North Adams, as can the nearest regional airport, Harriman-and-West Airport. The nearest airport with national flights is Albany International Airport.

Florida is governed by an open town meeting form of government, which is led by a board of selectmen and a town secretary. The town has its own services, including fire and public works, as well as the Florida Free Library, a small library with association to the regional library services. The nearest hospital was North Adams Regional Hospital until its bankruptcy in March 2014. Since May 2014, Berkshire Medical Center has operated an emergency room and other health services at the old NARH location. On the state level, Florida is represented in the Massachusetts House of Representatives by the First Berkshire district, which covers northern Berkshire County, as well as portions of Franklin County. In the Massachusetts Senate, the town is represented by the Berkshire, Hampshire and Franklin district, which includes all of Berkshire County and western Hampshire and Franklin counties  .On the national level, Florida is represented in the United States House of Representatives as part of Massachusetts's 1st c    ongressional district, and is represented by Richard Neal of Springfield. Massachusetts is currently represented in the United States Senate by senior Senator Elizabeth Warren and junior senator Ed Markey.

Florida has one school, the Gabriel Abbott Memorial School, which serves students from kindergarten through eighth grade. The school also serves the students of neighboring Monroe. The town sends its high school students to either Drury High School or Charles H. McCann Technical High School, both of which are in North Adams.  example you can let them know how long you have been in business, what makes your company special, what are its core values and more. 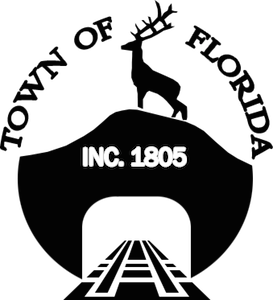